A lot of politicians make that claim, but Stermer has a track record to prove he’s entitled to the title: This week once again thousands of credit card customers saved millions because of Stermer’s work. 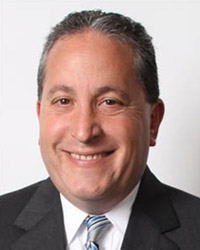 In his day job as a lawyer, Stermer convinced JPMorgan Chase to forgive the debt of 13,000 credit card customers who were defrauded by a Broward-based firm.

Stermer was acting as the receiver apppointed to run Hess Kennedy Chartered L.L.C. and affiliated companies, a web of debt management firms that Florida Attorney General Bill McCollum called “scam artists who prey on the vulnerable.”

As receiver, he was suppose to negotiate a way to clean up the mess the firms left behind – tens of thousands of victims who were defrauded into believing they were paying off credit card debt.

Hess Kennedy and its affiliated companies, including the Consumer Law Center L.L.C., had more than 90,000 clients, whom it lured via advertisements on radio, television, and other media, according to Stermer.

Customers who were behind in their credit card bills were enticed into doing business with the firms by promises that their debt could be settled for 30 to 50 cents on the dollar.

Instead of paying off the debts, Hess Kennedy Chartered used some of their customers’ money to pay rainmakers.  And the firm pocketed a large chunk as so-called “fees.”

When the company was shut down, customers discovered they still owed large sums to the credit card companies.

This week’s agreement with JPMorgan Chase followed earlier ones with Capital One and HSBC to forgive the debt of 24,000 cardholders.

“To date, we have agreements which wrote off $150 million in consumer debt,” Stermer said.

Stermer is particularly happy about getting the credit card companies to clean up the credit records of the consumers.